Seppeltsfield was established in the Barossa Valley by Joseph and Johanna Seppelt just 15 years after the European settlement of South Australia. Steeped in rich Barossan heritage, the estate is considered a true national treasure which helped shape the history of the Australian wine industry.

The ‘Grounds’ releases are a study of the Barossa’s regional hero—Shiraz. Grown on single vineyard sites across the patchwork of the Barossa, these releases look to express the differences in locale of where their fruit is farmed. An interpretation of Barossa terroir, the Grounds releases look to apply a beguiling simplicity for what in European terms is often complicated and complex idea of the relationship between geography, geology, climate and history. 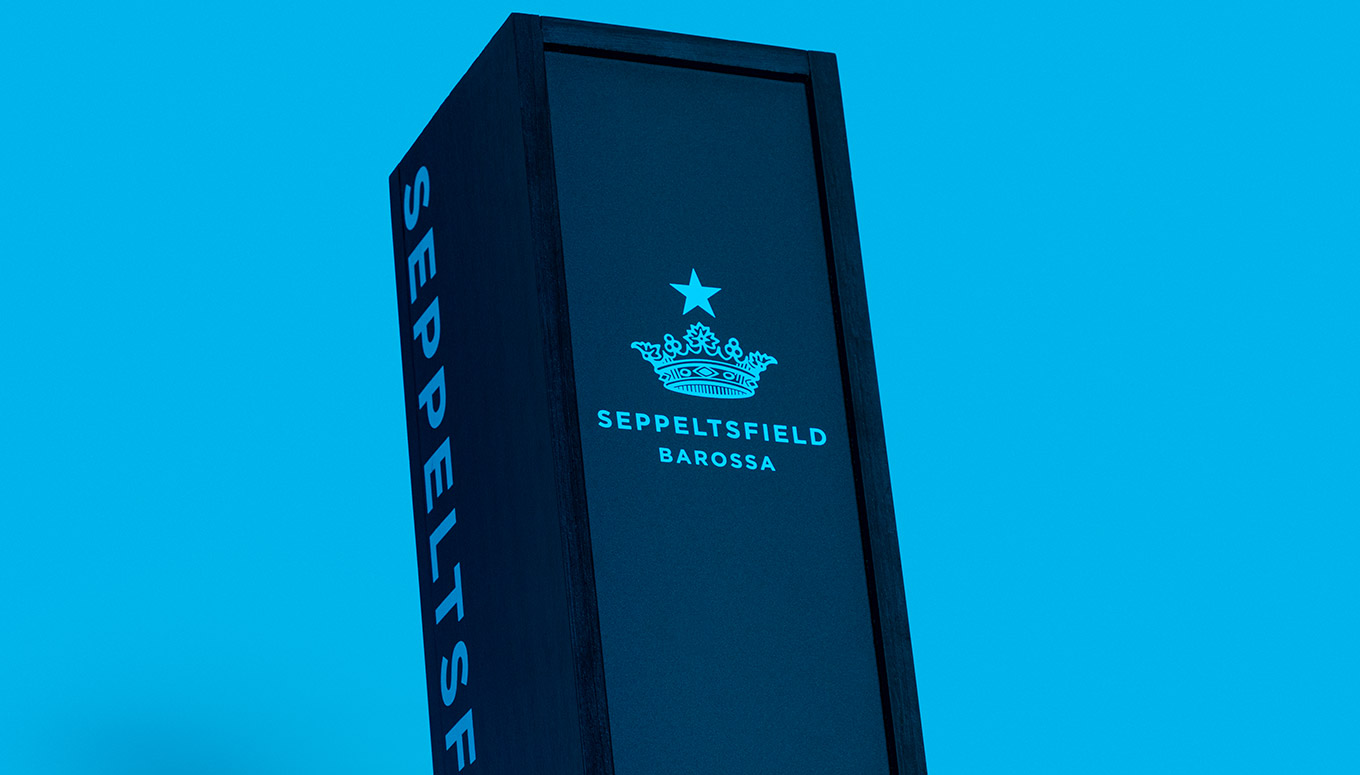 Pursuing a standout cellar door gift box to showcase their distinct magnum sized wines, Seppeltsfield engaged Chad Holman for a bespoke packaging solution which could be locally produced in small volumes to a high finish.

Comprised of natural pine, this box is presented in all over matt black with highlights of screen printed blue. The sliding lid construction required a mechanism to secure the over-sized wine and eliminate the chance of scuffing when opening and closing. The solution features a concealed self-locking mechanism with scuff-resistant lid substrate. Bold side branding is complimented with blind fire branded decoration on the rear of the box, capturing the fine detail of Seppeltsfield's crown seal. 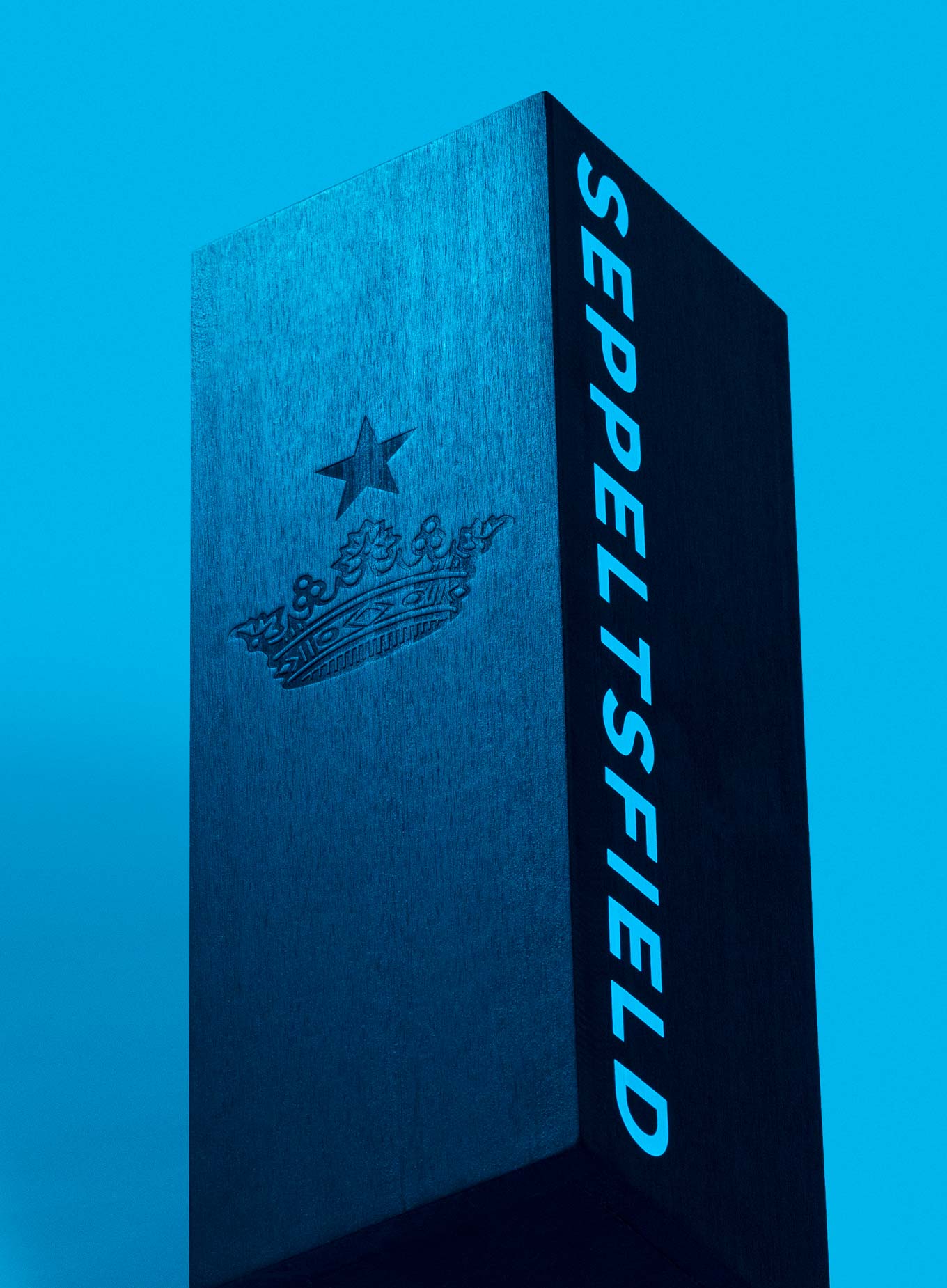 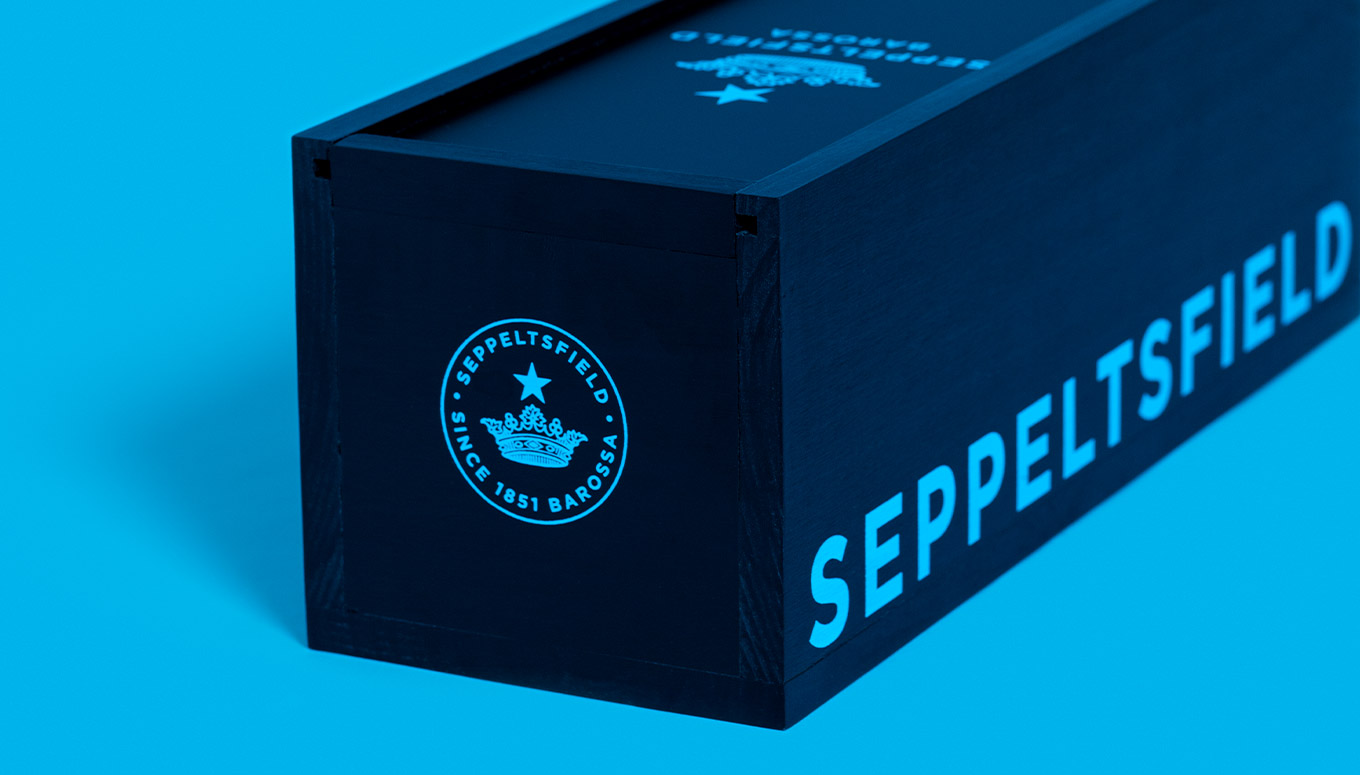